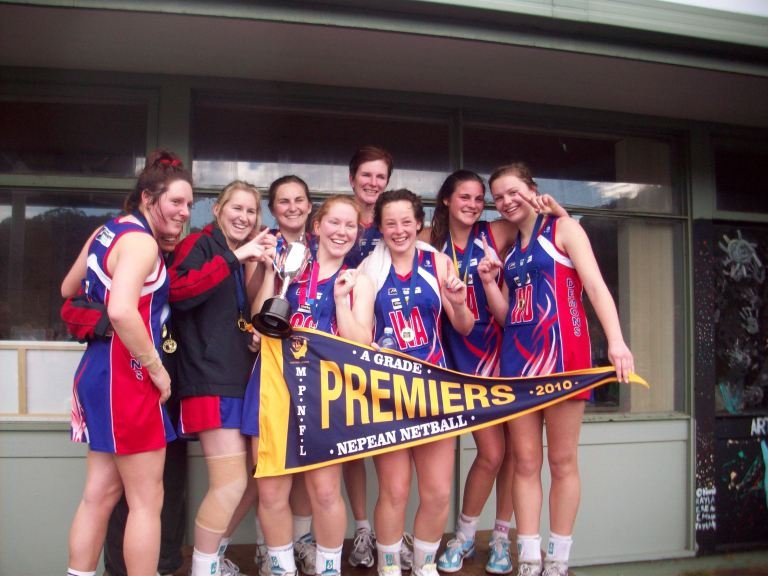 Now in its 10th year off competition the Rye Netball side is a powerhouse of Nepean division netball. Playing in 6 A Grade grand finals since 2009 and winning 3. A year of rebuilding in 2017 and 18, has seen the club play many younger players to help build for a successful 2019.

With Nicki Arnold taking over as head coach in 2019, the club is again looking at playing a major role in the finals this coming season.

A short but rich history

The A Grade Best & Fairest Award, is named the “Millar Medal”.

Named in honor of the Millar Family, who were instrumental in getting the Rye Football and Netball Club’s Netball team up and running in 2009. In appreciation to Bruce, Sue and their 3 daughters Amy, Elle and Lucy. The 3 girls all playing in the inaugural 2010 premiership team.

Bruce Millar our Football Head Trainer for over 13 years and Life Member, passed away in November 2013 to Motor Neuron Disease. An inspirational day in September that year, when Bruce was able to witness the girls winning the 2013 A Grade Premiership, what an inspiring day.