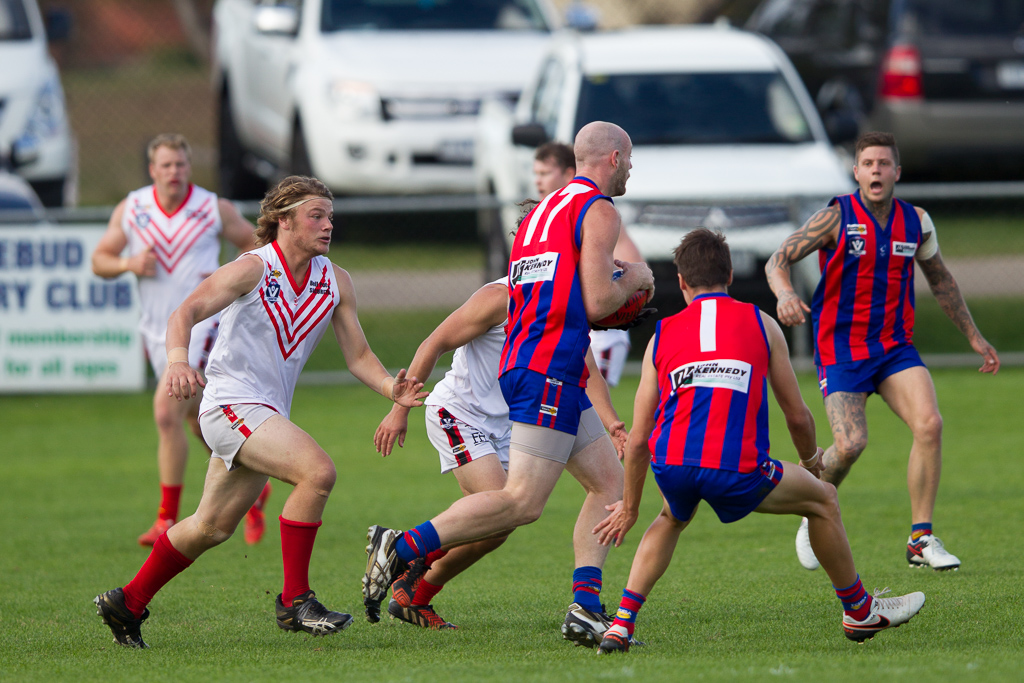 Again the club has continued on its youth policy and made sure we continue to blood the young players that Josh Moore has developed over the last 4 seasons.

New senior coach Adam Kirkwood has stuck to that plan, giving all the young players at the club an opportunity to play senior football in season 2019.

The club needed a #1 ruckman to shoulder the load with Matt McIndoe and Dekka Thompson-Irwin. Enter Ryan Williams, Sorrento #1 ruckman for the last 5 season. Ryan will be an unbelievable asset to the club in 2019.

Young players, Ben Garlick (Rosebud), Josh Curren and Callum Rice (Mt Eliza), have also come to the club in 2019. All young players ready to take their next step in senior football. Ben will play predominately wing or half forward, with time also spent on ball, while Josh is a winger, half back, but with a fitness base which will see him no doubt be in the midfield rotations.

Callum Rice last year won the medal for BOG in the Mt Eliza reserves grand final, and will be eager to play senior football in 2019. A hard at it midfield player, who finds is own ball. He reminds us of our ex young gun midfield player in Sammy Smith.

With the number of young players coming up from the Under 19’s this year. The match committee decided to only recruit 3 or 4 players and give these young boys every opportunity to play senior football at Rye in season 2019 and beyond.